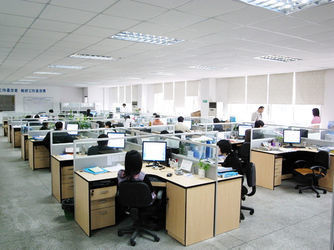 Mesh wireless ad hoc network equipment, also known as “multi-hop” network equipment, is a new type of wireless network technology that is completely different from traditional wireless networks. It is a dedicated multimedia command network formed automatically on site by a group of wireless communication equipment. It has outstanding features such as rapid deployment, high bandwidth (application), communication in motion, anti-interference, and anti-destruction, and can be used as a beneficial supplement to infrastructure such as optical fiber .
High reliability: does not depend on the performance of a single node; in a single-hop network, if a node fails, the entire network will also be paralyzed; and in the MESH network structure, because each node has one or For several data transmission paths, if the nearest node fails or is disturbed, the data packet will be automatically routed to the backup path to continue transmission, and the operation of the entire network will not be affected.
The low-cost intelligent wireless ad hoc network can be integrated with the existing network, and its equipment is cheap. It can reduce operating and installation costs by 70%-75% for wireless network services.
The physical characteristics of high-bandwidth wireless communication determine that the shorter the communication transmission distance, the easier it is to obtain high bandwidth, because as the wireless transmission distance increases, various interference and other factors that cause data loss will increase. Wireless intelligent self-organizing network It selects multiple short hops to transmit data, which reduces the interference of adjacent users and greatly improves the channel utilization.
Non-line-of-sight transmission: users who have direct line-of-sight with the transmitter first receive wireless signals, and then forward the received signals to users with indirect line-of-sight;-the signal can automatically select the best path and continuously jump from one user to Another user, and eventually reach the target user with no direct line of sight;-the user with direct line of sight actually provides wireless broadband access for neighboring users without direct line of sight. The feature of non-line of sight transmission greatly expands the wireless broadband Application areas and coverage.
Application areas: high-end commercial areas (large shopping malls, high-end restaurants, star hotels, etc.), government law enforcement agencies (public security, industry and commerce, urban management, customs, etc.), transportation departments (airports, ports, stations, subways, buses), logistics and large-scale industrial and mining (Mining, electric power, petroleum) large-scale sports events, mass activities and other emergency rescue communications in coal mines, railways, forestry, energy, etc.
COFDM wireless image transmission equipment, short for Coded Orthogonal Frequency Division Multiplexing, is currently the world’s most advanced and most promising modulation technology. The basic principle is to convert high-speed data streams through serial-to-parallel conversion and distribute them to several sub-channels with lower transmission rates for transmission. It can also send out a large amount of data under the carrier bandwidth: COFDM technology can separate at least 1000 digital signals at the same time, and the ability to operate safely around interfering signals will directly threaten the further development of the CDMA technology that has become popular on the market. The development and growth trend is precisely because of the special signal “penetration ability” that makes COFDM technology deeply loved and welcomed by European communication operators and mobile phone manufacturers. Since COFDM equipment cannot be networked like MESH ad hoc network equipment, there are certain defects in the application process, and the image cannot be received when the signal from A to B is broken. The signal from A to B of the MESH networking equipment is broken, and there are C, D, etc., and images can be received through other points.